Your Life As A Sitcom

Have you ever thought your life was like Everybody Loves Raymond, The Simpsons or even The Office? We know we have and now Trans* Lounge and writer, comedian and Trans* Lounge member Erica Cambra want to give you the opportunity to turn those thoughts into an actual made for TV story and tell us how you see Your Life As A Sitcom.

Your skill level as a writer is not important in this interactive, 8-WEEK class. You will learn the simple rules of formatting a television screenplay and be able to tell your story in a fun and compelling way. The important thing is to take a step back from your life so you can gain a perspective the empowers you and teaches you. This class is about heart. You will be able to create your own fantastic world of sci-fi, noir, a workplace story or a family story or anything you can imagine. Put yourself in your imaginary world and give voice to your journey as a TGI/ENBY+ person or whatever your heart tells you. The main idea is to have fun!

Together we will write a short version of a full sitcom that you can build on later if you want to, after all, we ARE in Hollywood and we all have our story to tell. This is a call to growth, vulnerability and fun. You will see the humor in other people’s lives and hopefully give yourself a chuckle at your own. Humor can disarm what seems unsurmountable. Giving voice to your inner life can set you free.

“It’s good to be able to laugh at yourself and the problems you face in life. Sense of humor can save you”
– Margaret Cho, Comedian 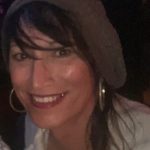 Erica Cambra (she/her) toured her one-woman show across the country in theatres, colleges, comedy clubs and schools. She brought her skills to film, television, video and commercials and won the General Mills, Yoplait Mime Search where she represented the company as the “Spokesperson” in festivals, hospital audiences and special television appearances. She played in comedy clubs across the country from The Comedy Works in Denver to the Funnybone in Ohio, the Atlantic Arts comedy scene in Florida and The Comedy Store in L.A.

After 25 years of performing, Erica decided to take her passion for writing and physical comedy to a new medium. She acquired her Masters degree in Screenwriting for television then received a certificate from UCLA in The Professional Writing for Television Program.

Her hope is to share her passion for telling stories through television script writing with her transgender community so all of us can appreciate our unique transgender journey writing, Your Life As a Sitcom. Sometimes the best healing comes from comedy.

09/15 Share, Show and Tell – An INTERGENERATIONAL Space to Share the Magic of You. In Collaboration with the Center’s Senior Services.

09/29 Journal With Us – Finding Community Through Journaling